The Alameda Corridor Business Improvement District (ACBID), together with the Lakewood Reinvestment Authority, have completed the Alameda Corridor Streetscape project. This project that began in 2018, was designed to improve and rehabilitate the Alameda main street corridor, to promote beautification and economic growth along the corridor. The project includes widening portions of Alameda Avenue, adding sidewalks (including Teller Street), landscaped medians and place-making elements; installing trees and aesthetic features such as flagstone accents; and making other improvements.

ACBID, as manager of portions of the Alameda Streetscape project, strives to maintain the upkeep and beautification of the streetscape design and landscaping. To continue ACBID’s efforts in safeguarding the enhancements to the Alameda Corridor the residents of Lakewood are encouraged to report problems or issues. To help with these efforts please review the map below and follow the next steps.

The native grass mix also included native wildflowers that appear occasionally on the corridor. These wildflowers include blue or prairie flax, prairie sunflowers, and buffalo burr.

The native grass areas are unirrigated and carefully managed with mowing, hand pulling and spot spraying of weeds. Native grass areas take time to establish and reach the desired appearance.

Mowing
The first mowing takes place in the spring after seed set and the second in the late-summer. The grasses are ordinarily maintained at a desired height of 6”-8” but this is determined by rainfall. Some grasses intended to be taller are are allowed to grow until annual cutbacks are needed.

Fall mowing is not done because an established stand of native grass that remains through the winter is the desired appearance for the corridor. Native grass areas are over-seeded with new grass seed at least once during the growing season. This may be done more often as needed in some areas.

Weed Control
Weeds are managed by identifying and spot spraying of weeds in grass areas. These areas are hand weeded and spot sprayed once per week during the growing season

Post emergent herbicides are applied only as necessary to treat already germinated weeds in accordance with the manufacturer’s written recommendations. Use of systemic pesticides, such as neonicotinoids, is not allowed anywhere in the areas maintained by ACBID. 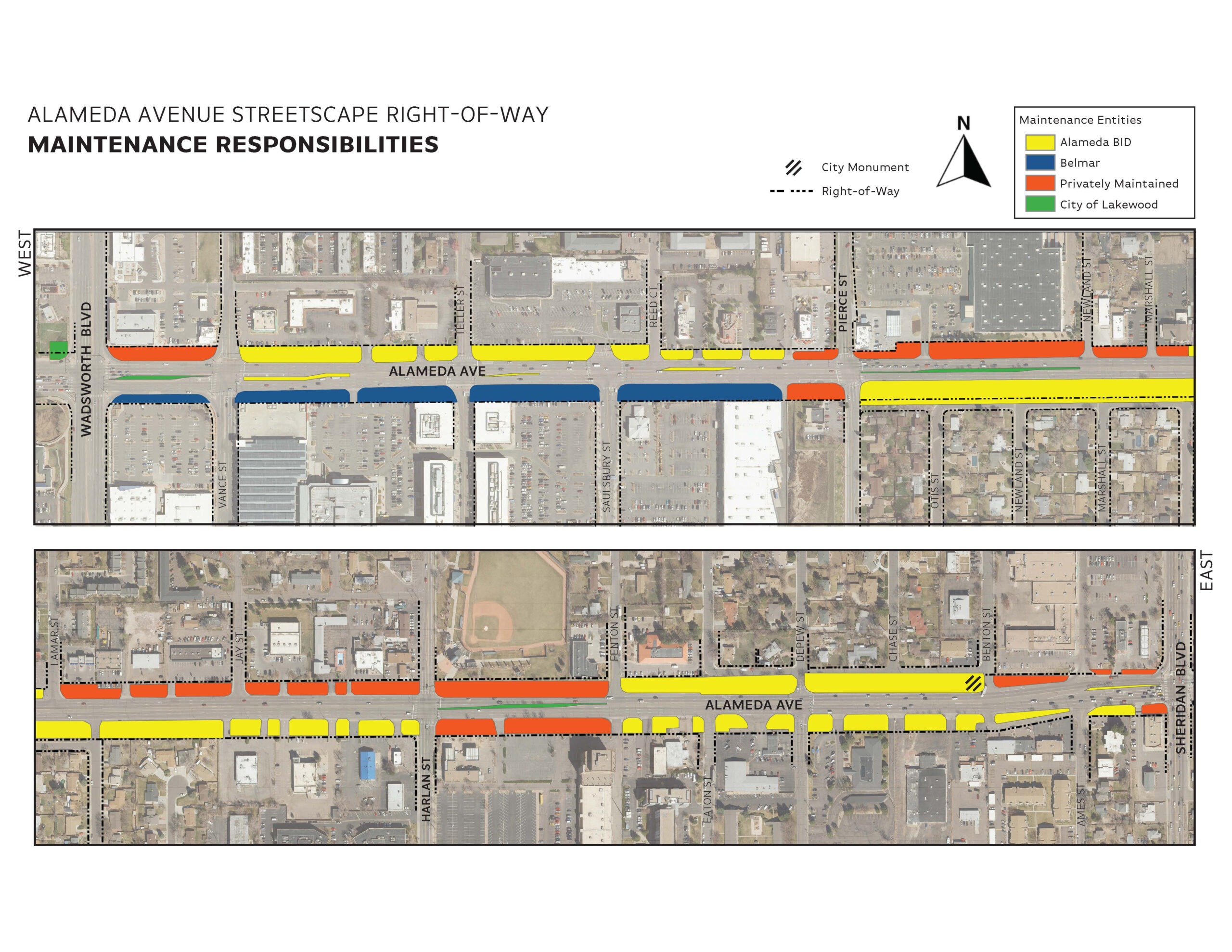